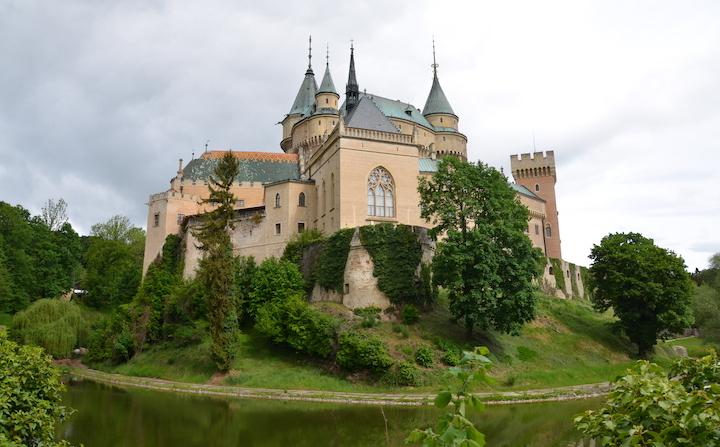 Bojnice chateau, one of the oldest, most important, and undoubtedly most charming monuments in Slovakia. It stands on a travertine hill above the town.
Originally it was a fortified castle built in the 13th century (also Matus Cak Trenciansky owned this castle, about him more in Trencin).
The castle had many owners, since 1643 the Palfy dynasty was the owners. The last aristocratic owner, count John Francis Palfy decided to rebuild the castle into a romantic castle in the neo-gothic style. As a model, he used the French castles from the Loire valley.
On our today’s visit, we did not enter the chateau (I was on my own with my colleague, not with the tourists), but it is the highlight. 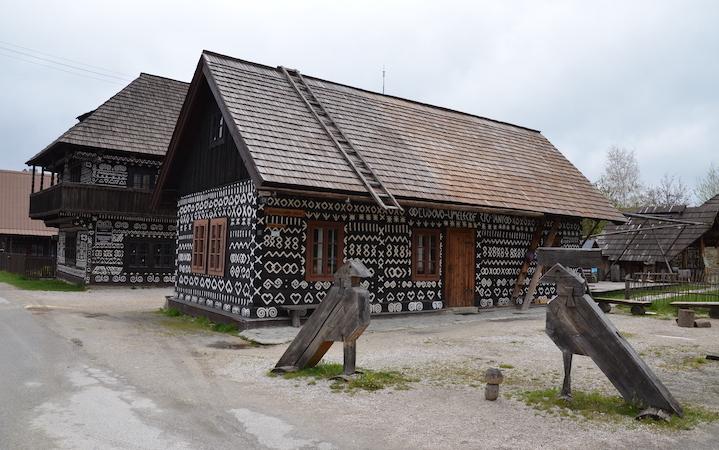 We drove to Čičmany village, surrounded by Strazovske hills and Mala Fatra national park, is famous for its wooden houses with white ornaments.
Well-worth to visit the museum in Radenov Dom.

Welcome to Trencin!
If you’re approaching this lovely city from any part, you can’t miss the mighty Trencin castle located on the rock high above the Old town. The castle belongs to one of the biggest castles in Europe and it is well preserved with fortification bastions, entrance gates, and different palaces. 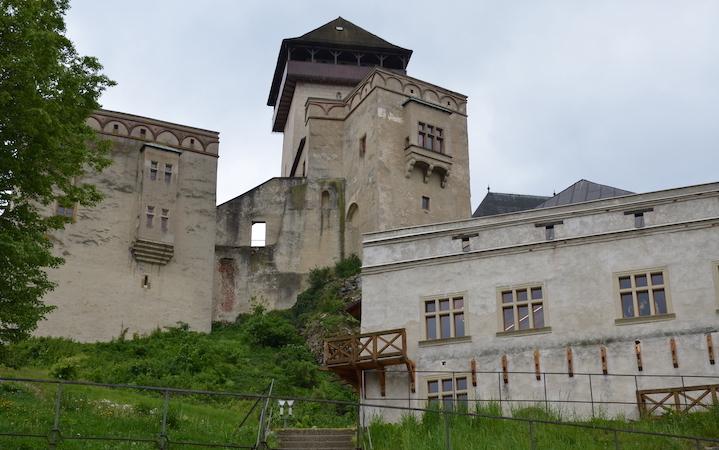 Our visit starts with walking up to the Trencin castle. There are few narrow streets leading to the castle or you can use a covered staircase (16th century).

Trencin castle is the dominant of Trencin city and the whole region. In the old days, it ancient trade routes connecting Hungary, Central Slovak mining towns with Czechia and Poland. 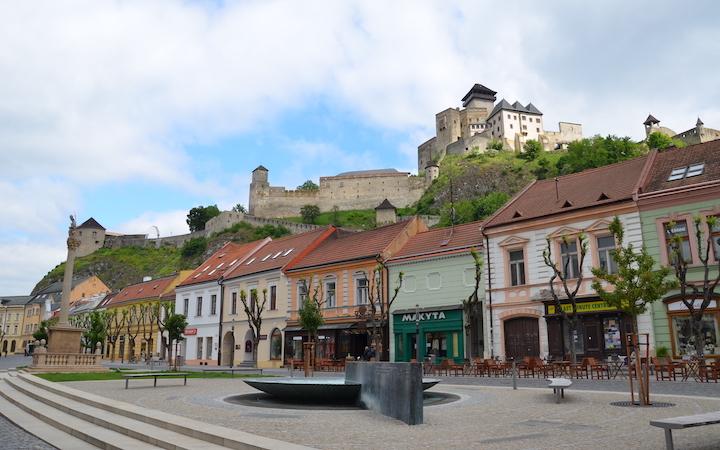 From all the owners of this castle, the most famous was Matus Cak Trenciansky (13-14th century), nicknamed as well as the Lord of the Vah river and Tatra Mountains.  He used to own around 50 more castles. We climbed on the very top of the castle, in the so called “Matus’s tower” from where we can enjoy stunning views of the whole region.
Other castle owners, king Louis from Anjou built here Loui’s palace, king Sigismund of Luxemburg built Barbara’s palace, at the end of the 15th century, the castle owner became Stefan Zapolsky who started with many reconstructions.
Further you can see the Barracks (used to house garrison and as a storage place for munition) Cannon bastion (used for protecting the bridges of the Vah river), Well of Love (and the famous legend of love between a Turkish man Omar and his beautiful young lady Fatima. Fatima was a prisoner of the castle during the times of lord Stefan Zapolsky. For Omar to free Fatima, he was tasked with digging a water well into the hard rock of the castle which he and his companions succeeded after many years. When Omar carried the newly freed Fatima  away from the castle, her veil got stuck on a rose bush.
The oldest inn in Trencin was called The Veil and was built on the same spot. Nowadays it is there restaurant Fatima. 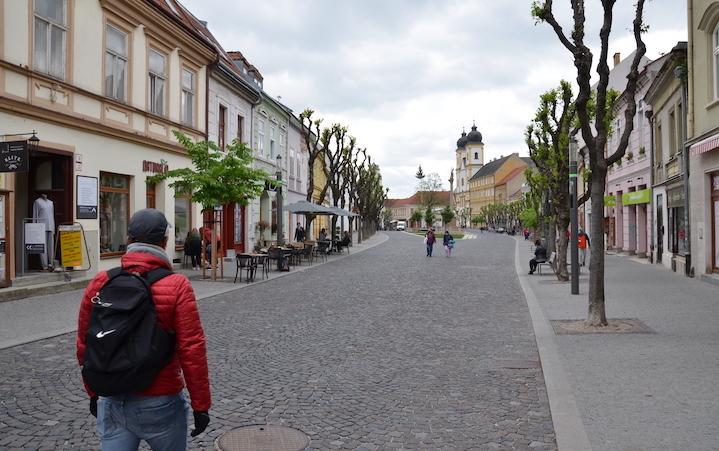 THE ROMAN INSCRIPTION
What is this mysterious inscription on the rock beneath Trencin castle?  The inscription was discovered in the 19th century, nowadays, it is visible through the window from Hotel Elisabeth. It says that 855 Roman soldiers in the year 172 won a battle over Germanic tribes. This is the easternmost evidence of the Romans in Slovakia.

CITY TOWER
The tower was a part of the city fortification system built in the 15th century, called also a Lower gate (today City tower). We recommend climbing to the top to get the views of Trencin castle, the parish church of Virgin Mary and Piece’s square – the main square of Trencin.

THE PARISH CHURCH OF THE BIRTH OF THE VIRGIN MARY
It belongs to the oldest sacral objects in the city, it was a part of the former city fortification. Originally gothic, several times rebuilt.

EXECUTIONER’S HOUSE
It is the only preserved building of this type in Trencin city which was not many times rebuilt.
It is believed that in this house in the 17th century, a town’s executioner lived here and part of the building was a prison.
Today, it serves as a museum where you can see some torture instruments and swords.

Where to stay an overnight?
Undoubtedly, the best choice is the historical hotel Elisabeth, a beautifully reconstructed historical hotel located under the castle. The hotel is the winner of Best Historic Hotel of Europe in 2015 and of course many other international awards. Hotel Elisabeth

Would you like to visit this picturesque region of Slovakia?
We can visit Bojnice chateau and Cicmany village as a day trip from Bratislava, or on our Grand Tour of Slovakia, or on your Private Tour

WHERE  DO WE GO NEXT?
The next adventure is Spiss castle and Levoca town.

WHEN WE ARE LIVE WITH  OUR “15 MINUTES THURSDAY TOUR”?
On Thursday, May 21, 2020
Check out our Facebook page
At 5 pm local time (Slovakia is on GMT +2) Live Stream from Trencin

WHO’S JOINING ME THIS TIME?
Martin – our colleague and guide.