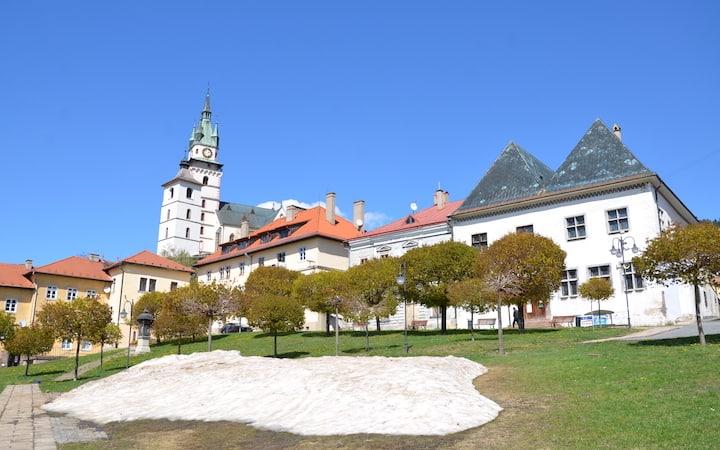 GOLDEN town – Kremnica, located in Central Slovakia, only 5 kilometers from the geographical center of Europe is one of the oldest cities in Slovakia with a rich mining history, especially mining of gold and minting of coins and medals.

If you like the historical towns, then this is the place worth stopping and enjoy the well-preserved sights and possibly do some easy hiking tours in the area.

As we visited Kremnica town during the difficult times (April 2020, with lots of restrictions due to COVID19), all shops, museums, restaurants, and café’s were closed. Therefore, we only could spend some time outside with a walk up to the viewpoint of Krahulsky stit. 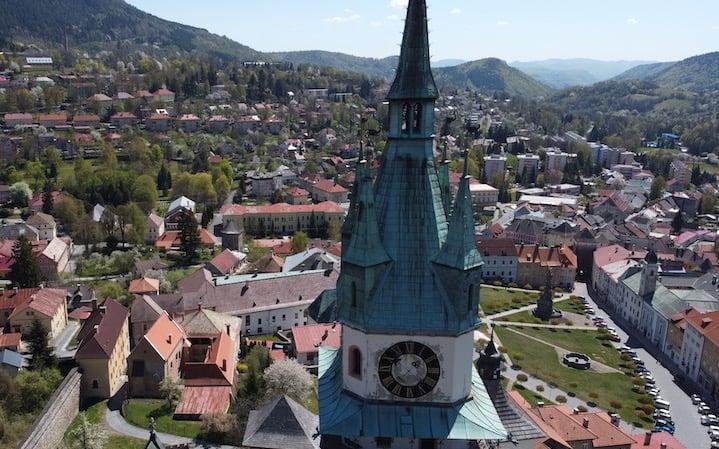 Kremnica, thanks to mining and minting became rich and famous. It all started when a Hungarian king Charles Robert from the Anjou dynasty in the year 1328 granted privileges to the settlement called Cremnychbana, later Kremnica. It became a free royal mining and minting town. The king also established a mint factory.

During the 14th century, the largest production of gold in Hungary (Current-day Slovakia belonged to Hungary from the year 1000 when the first Hungarian king Stephen I was elected up to 1918 when the Austria-Hungarian empire ended and a Czechoslovakia was created).

As the main square is the highlight, I started our discovery here. Walking through the only preserved entrance gate (Lower gate / Dolná brána. Originally, this town had 3 entrance gates, the Small, the Lower and the Upper Gate) I reached the main square – Stefanik square (named after M.R. Stefanik, one of the founding fathers of Czechoslovakia)

The dominant of the square is the baroque Plague pillar with the Holy Trinity on the top and many statues of patrons saints of the black plague, miners, and angels. (Plague pillars you can find around Slovakia and neighboring countries, they were built after the epidemic of the Black Plague disappeared).
In the northeast direction – there is another highlight – the Town’s castle with St. Catherine church. 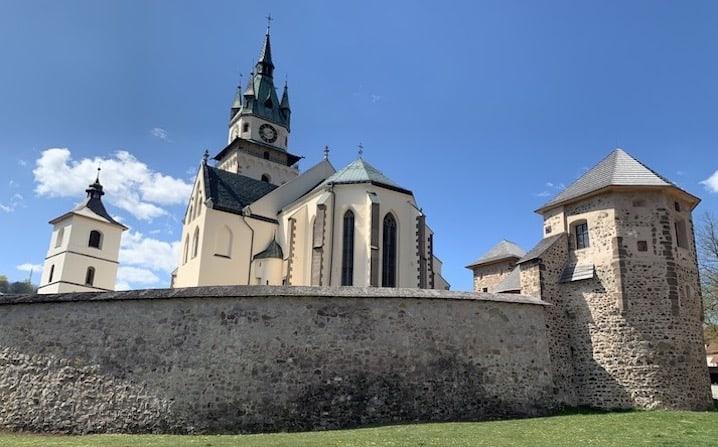 The Town’s castle, the national cultural monument is a dominant complex of 14-15 centuries protected by defensive walls. The dominant building of the castle area is the church of St. Catherine, clock tower, 3 bastions, and north tower gate.

St. Catherine church – Roman-catholic, late gothic church from the 15th century. However, the interior of this church is younger – neogothic (19th century).

The pride of this church is the organ, visitors can enjoy the exceptional acoustic on the most significant event which takes place every year during the summer months – The European Organ Festival “Kremnica Castle Organ”. The program, prices, and more info Here

Mint factory / Mincovňa, with 700 years of operation, is the world’s oldest continuously working mint factory. Kremnické dukáty – so-called Kremnicke fluorenyl belonged to the most precious coins in Europe. I recommend taking a tour through the mint, see the 100-year-old machines. Opening hours and prices, Here 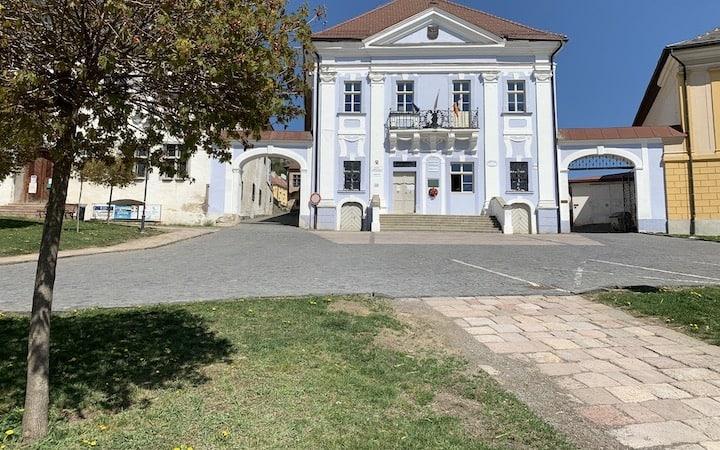 Mining museum – Adit Andrej
Become a miner for a while. Visit Adit Andrej, it takes visitors for an interesting journey through the town’s mining history. It is only possible with a local guide who gives you the safety instructions and equipment. The part open for visitors is 660 meters long and it takes roughly 60 minutes. Opening hours and entrance fee, Here

“Big Air in the city” is a snowboard and Freeski show, a special thrilling event that takes place every winter in Kremnica, directly in the center. Details Here

Looking for some more challenging summer adventure?
Visit Skalka area – The Via Ferrata is one-way with 3 levels of difficulty, Komin (Chimney), Trubacova veza (Trubac’s tower), and Výzva (Challenge) – the most difficult via Ferrata in Slovakia. 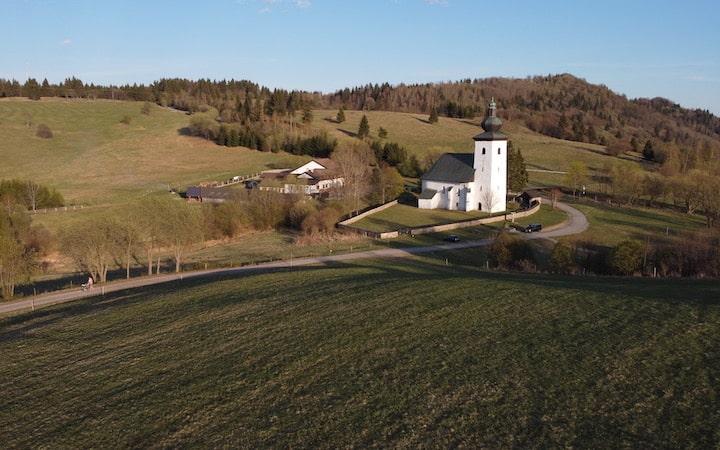 (Slovak) The geographical center of EUROPE. In a beautiful place near Kremnica is located an ancient church of St. John the Baptist and in front of it a stone with information that there is the Geographical center of Europe.
As I have mentioned earlier – Slovak – it is because there are several other “centers of Europe”, Germany, Latvia, Poland, and some other countries have their own centers of Europe:)

Other events
European festival of Humour and Satire, a unique international event called Kremnicke gagy which takes place every year at the end of the summer.

Would you like to organize a tour of Slovakia?
We’re here to assist you with precise trip planning and guiding you around our lovely country. Visit Private Tour – Trip Planning

The latest upcoming events you can find on our Facebook page.
Short Video of Kremnica on our YouTube channel.